The joys of marketing - discovering the Mlekomat. 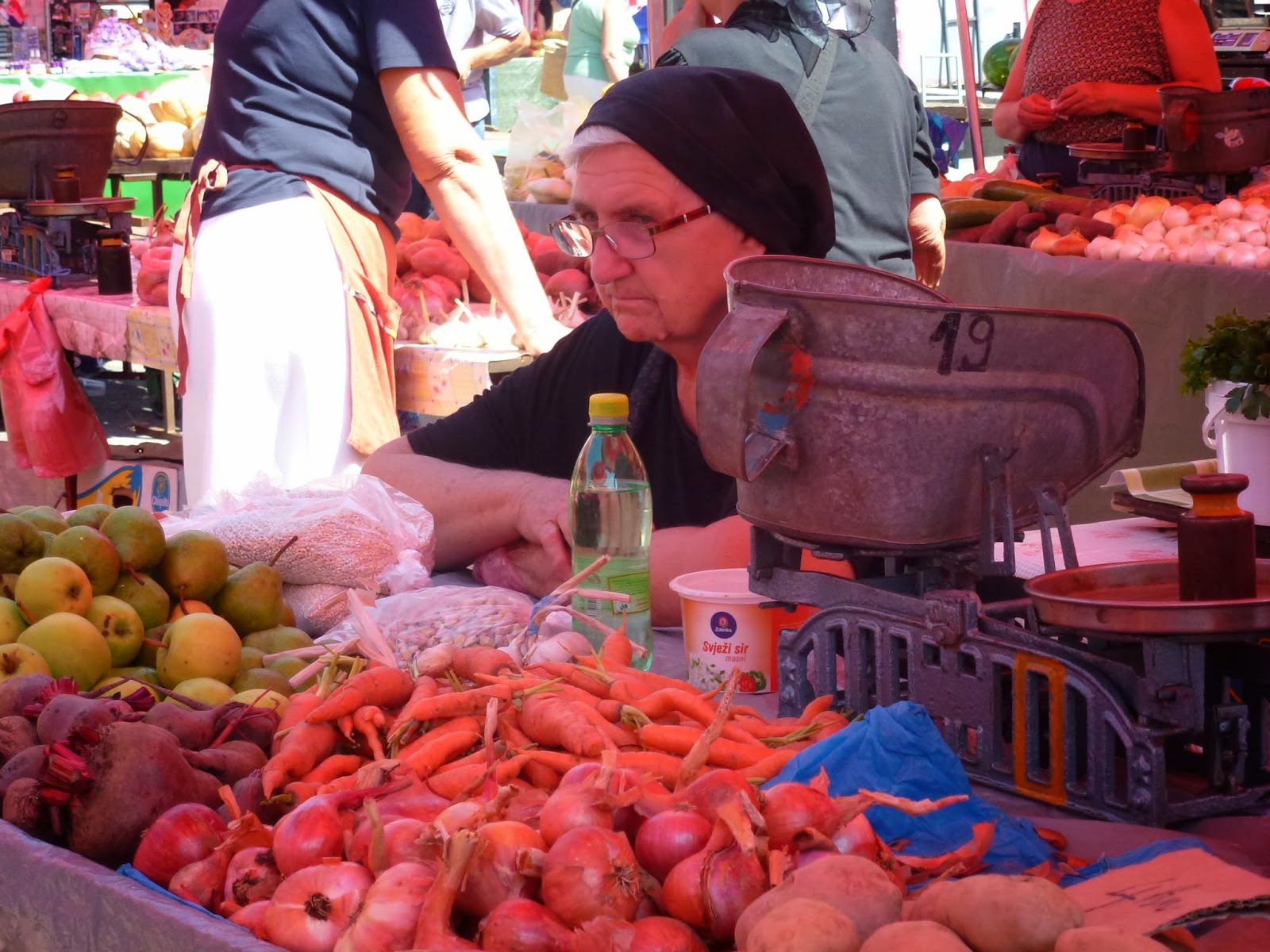 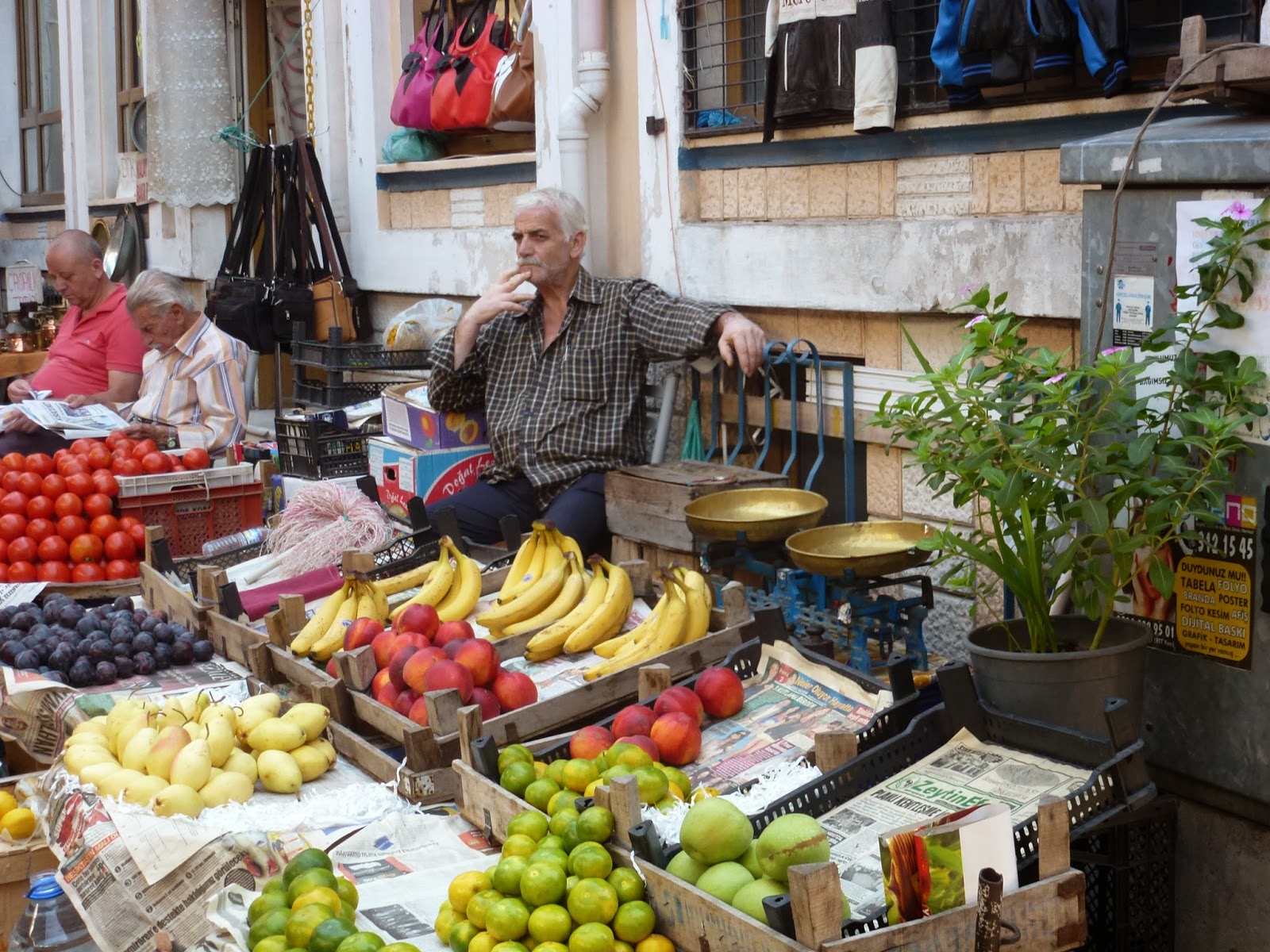 and what they sell and how they display their wares 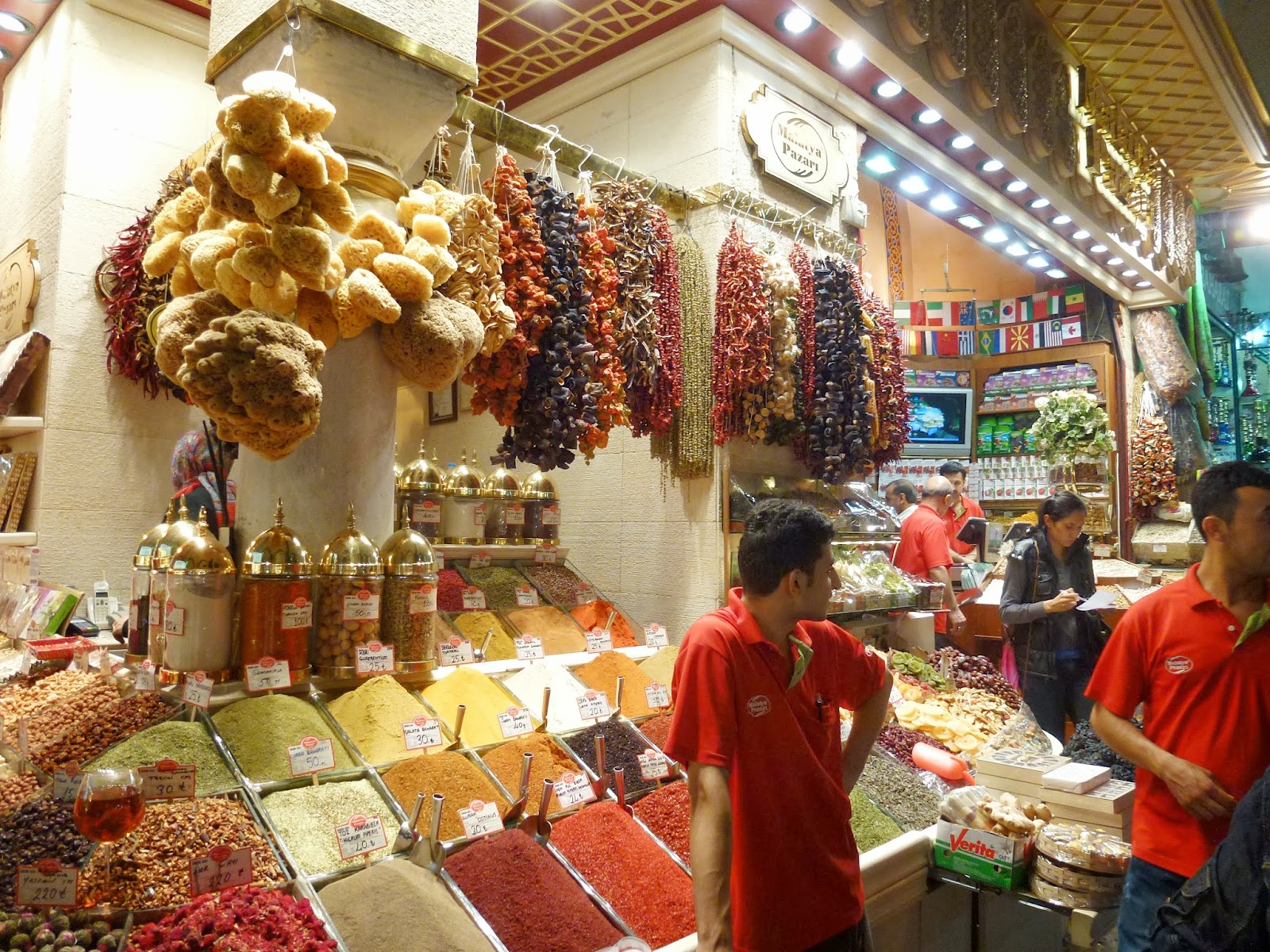 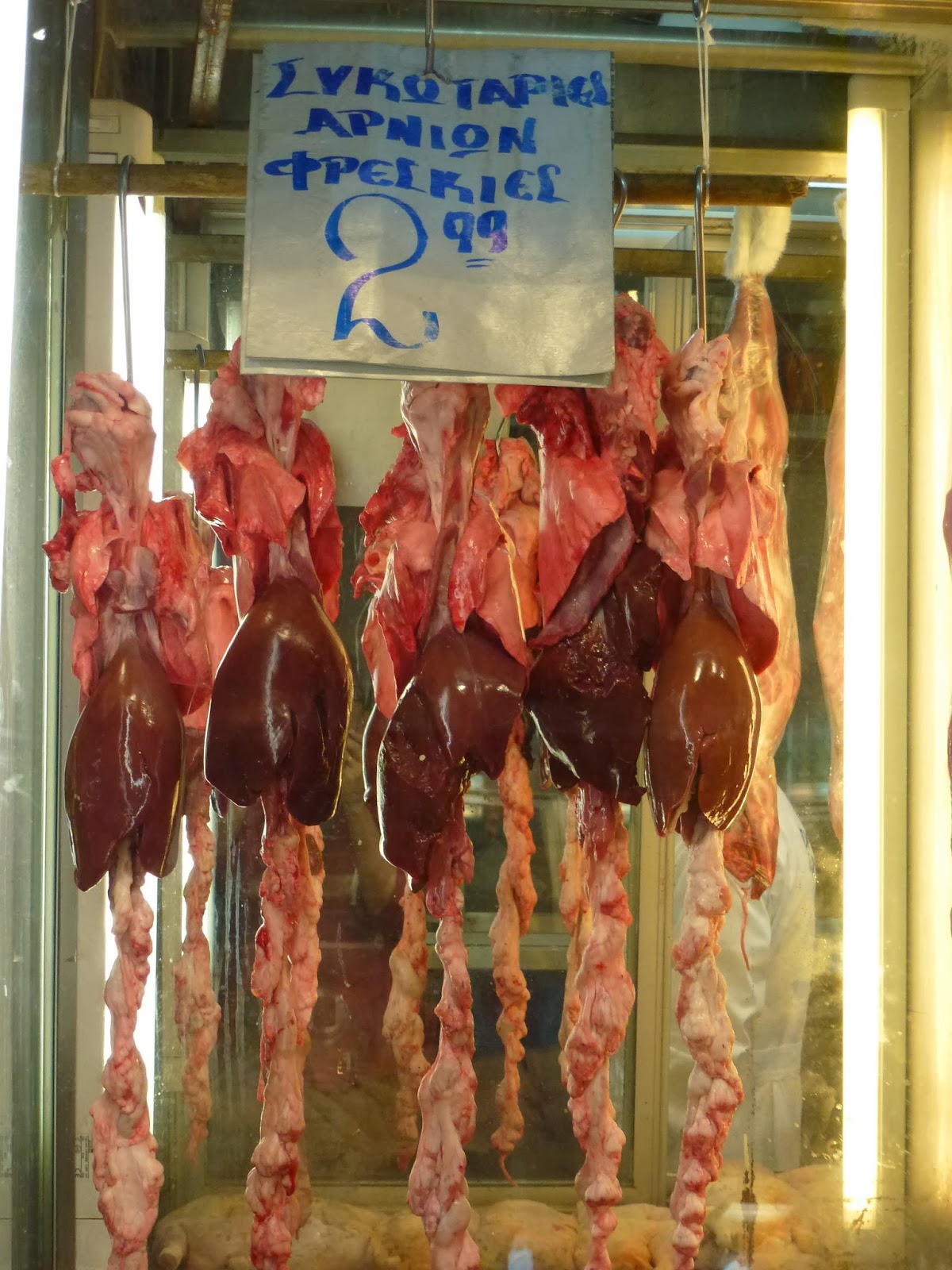 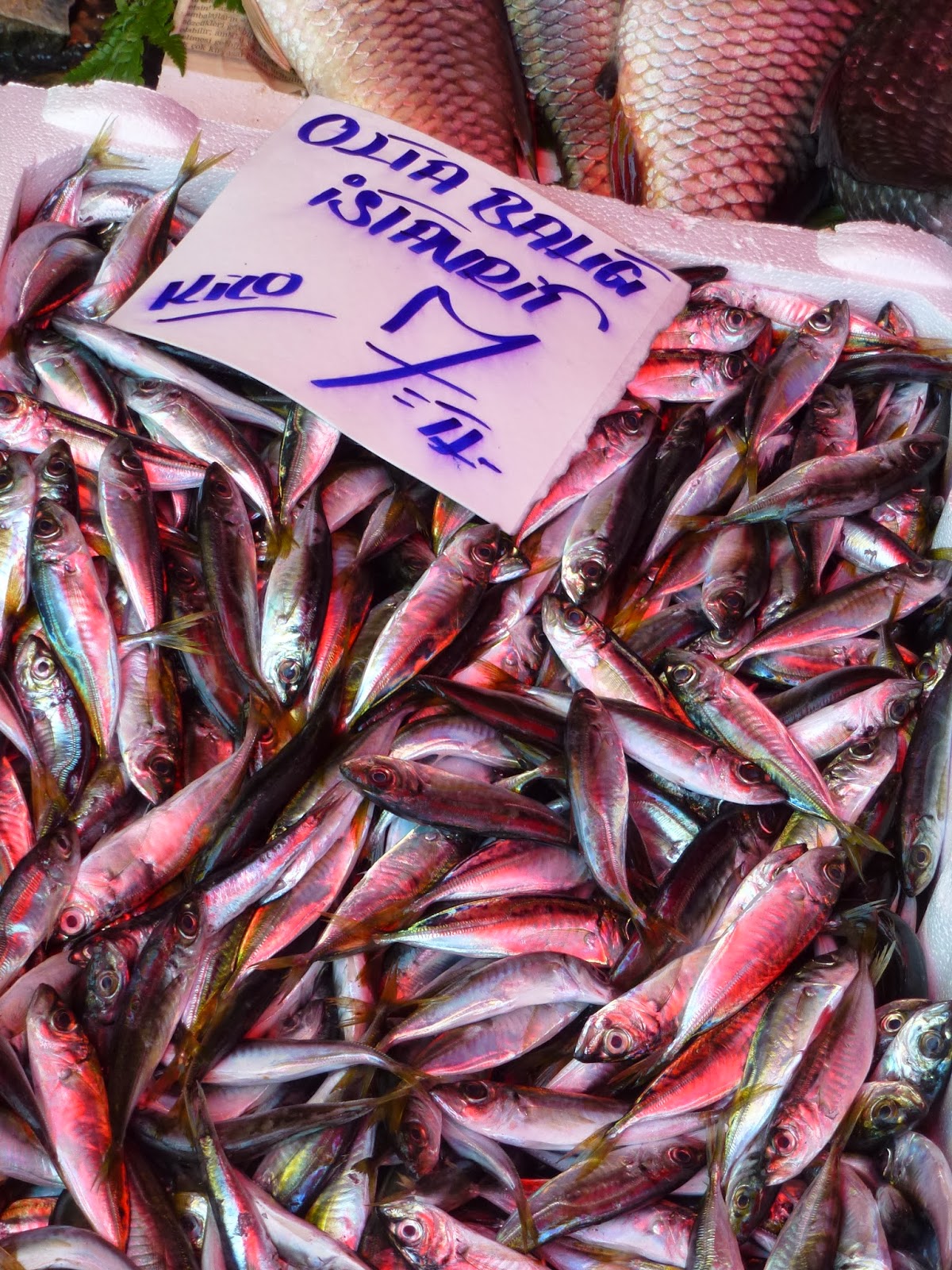 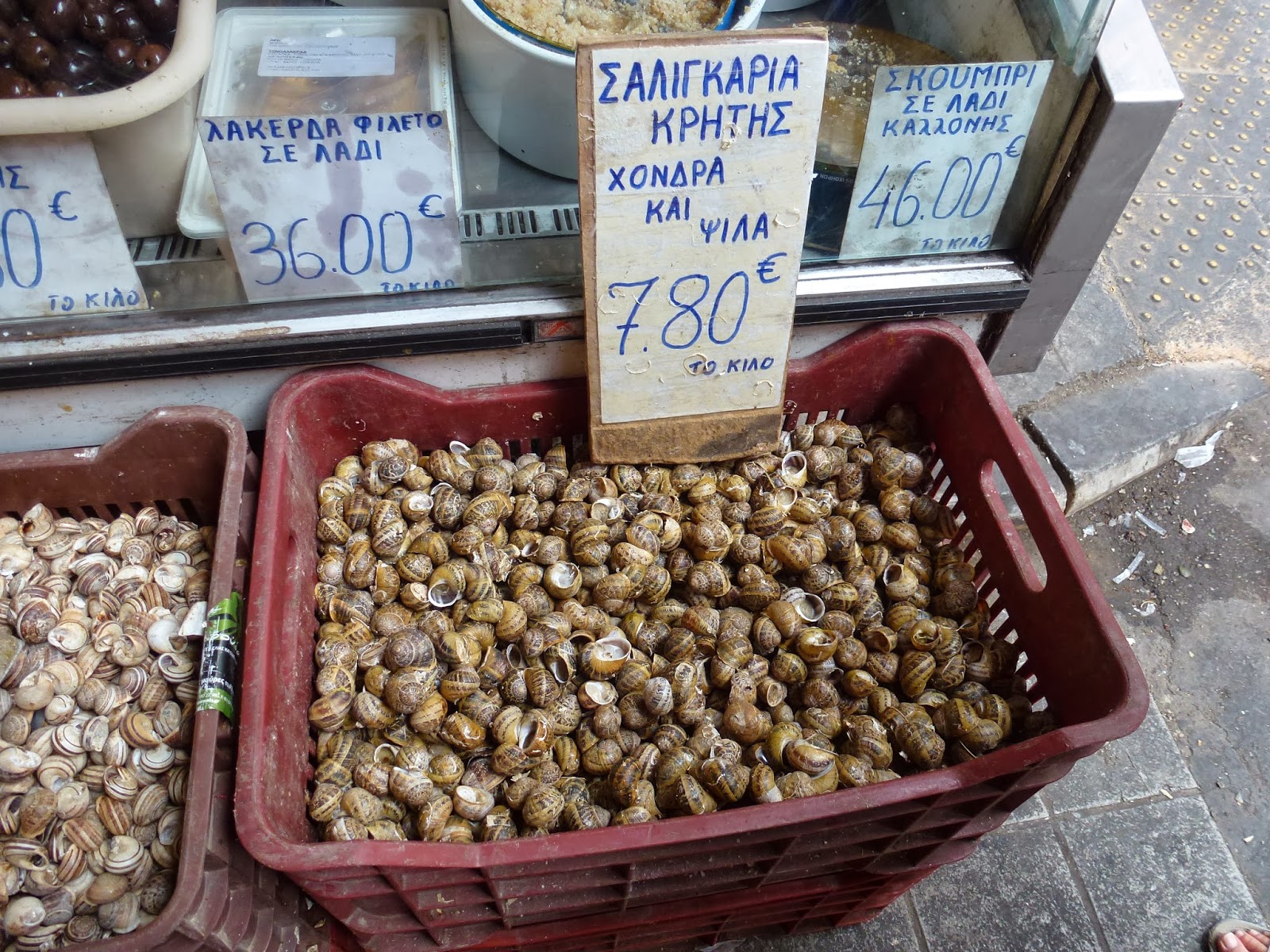 and then every now and again there's a complete surprise, something you've not encountered before. like whole heads of sunflower seeds 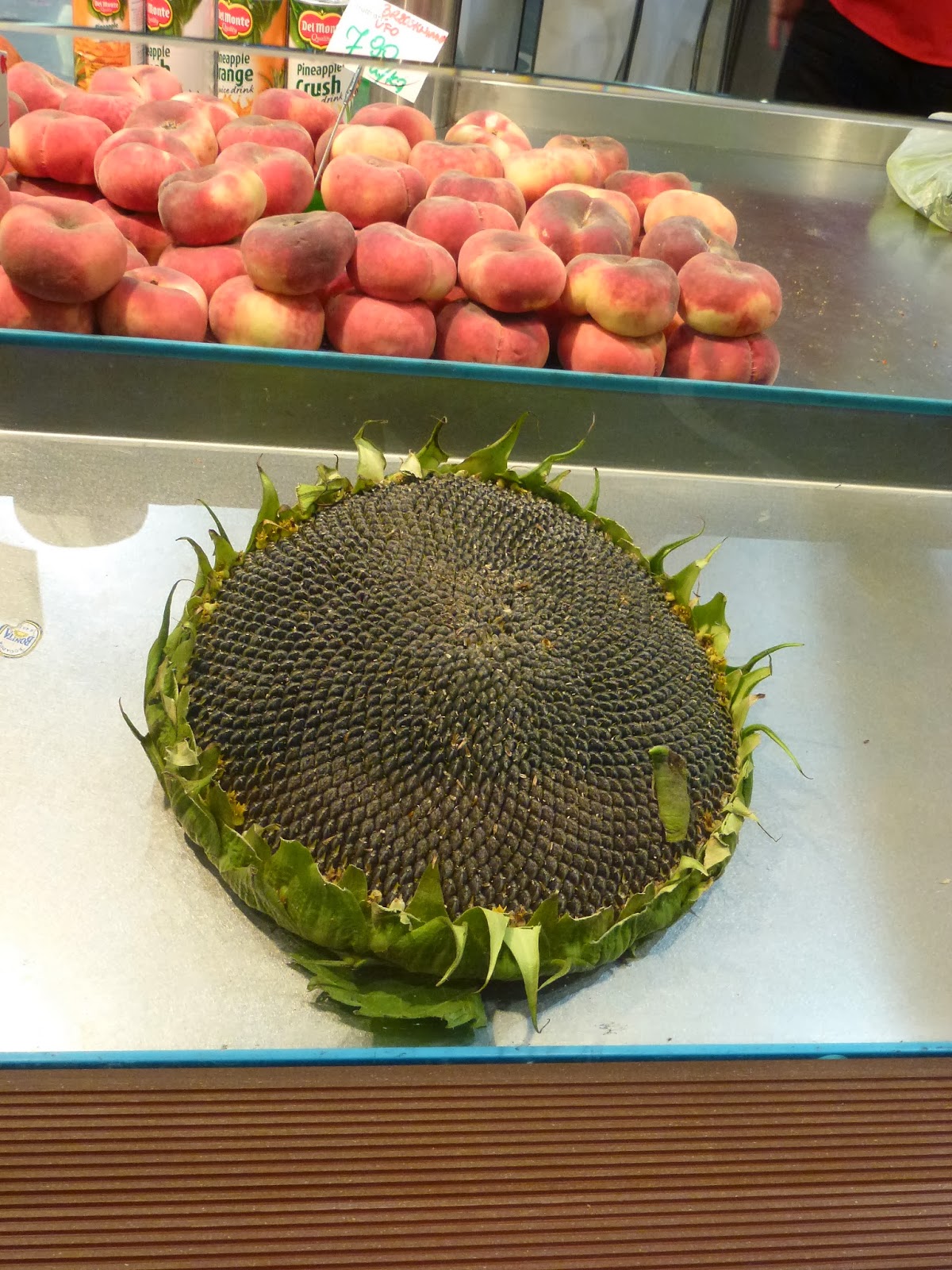 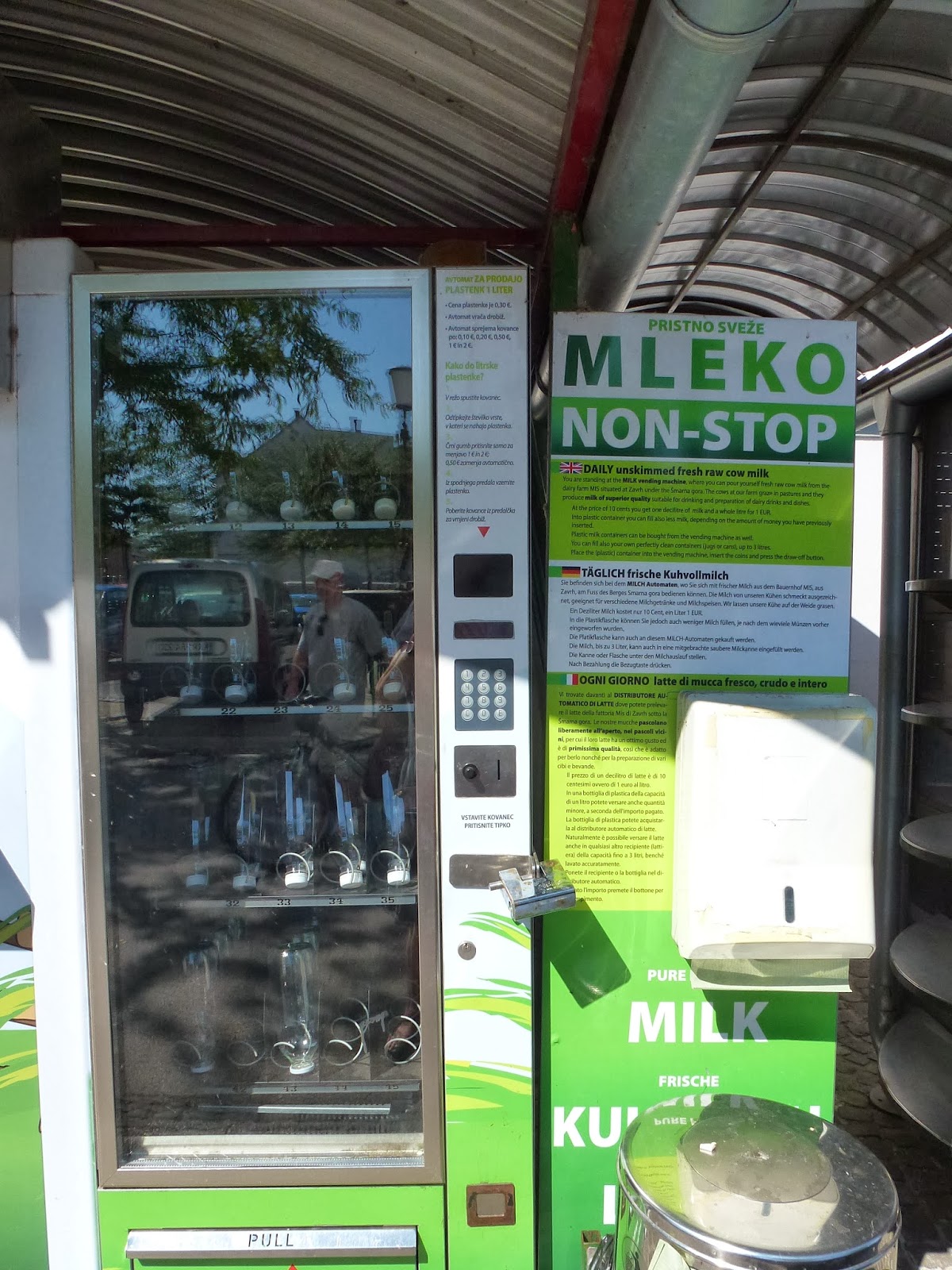 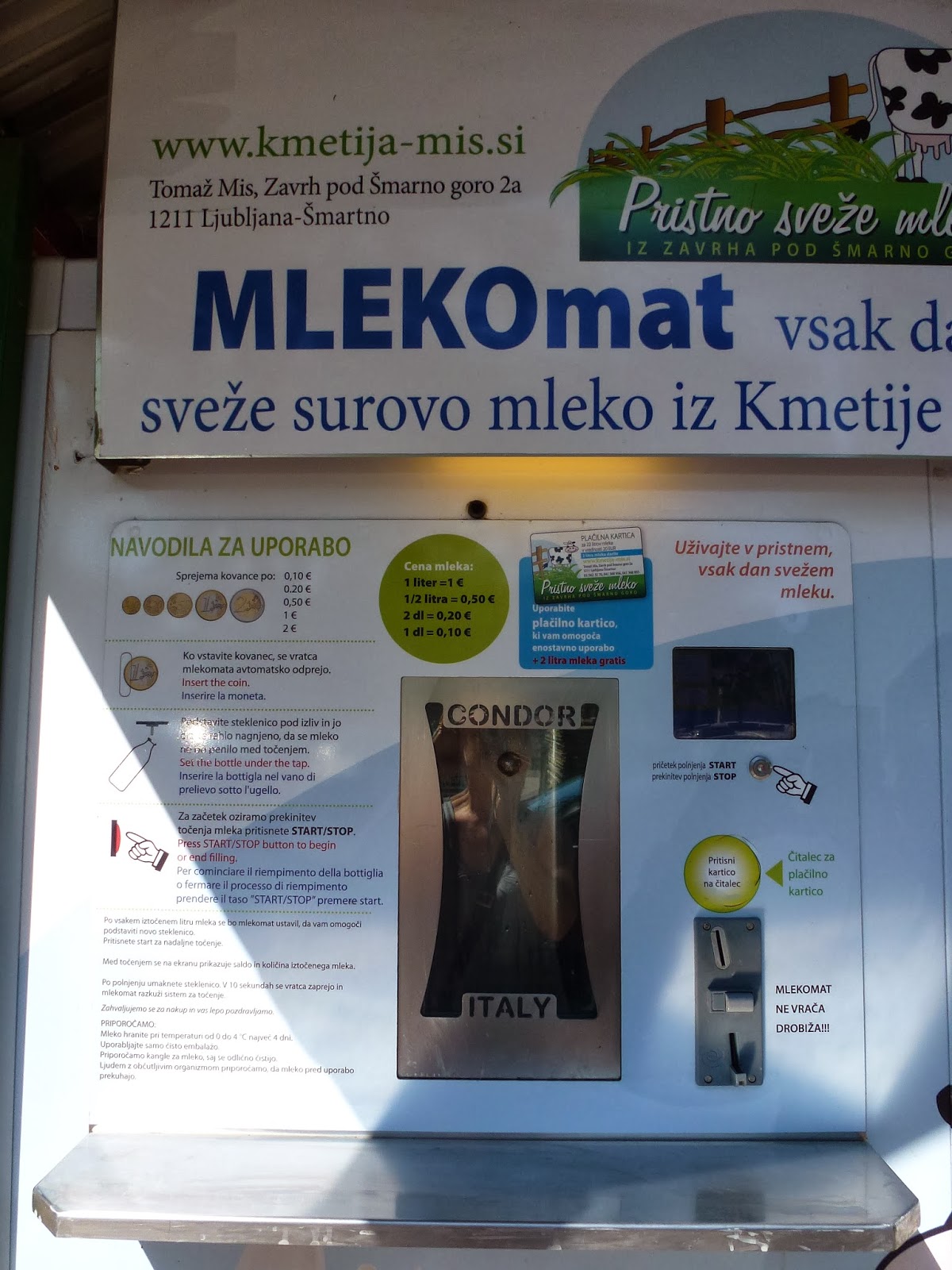 These photos were taken in the market place in Ljubljana but it appears that the Mlekomat is neither a new or particularly unusual sight in Europe. It is just an automatic milk dispenser - you can watch a very cute video of how it works here - but such a good idea.

Posted by Alison at 5:37 PM No comments:

The universe works in mysterious ways. This morning Eater.com announced the appointment of three full-time restaurant critics (here), one of whom, Robert Sietsema has been somewhat critical of his new masters in the past. In the Columbia Journalism Review he wrote


Eater, a Web site spun off by the real-estate blog Curbed, has become a clearinghouse for professional and amateur reviews, along with restaurant gossip and periodic reports on the progress of coming restaurants. The site legitimatized instantaneous reviews published by bloggers under auspices that were opaque to the reader, giving them equal billing with professional reviews. Whether a meal was eaten for free by a reviewer who'd announced his presence beforehand, or according to principles of professionalism and anonymity, is of no concern to Eater. The site captures the culinary zeitgeist of our era, with its mixture of lively gossip and real-estate reporting.

His article is titled 'Everyone Eats ... but that doesn't make you a restaurant critic' and you might guess he is critical of the amateur reviewer and their lack of ethical standards. (I would guess that he is also critical of the writing style and language non-professionals use. Well it might not be unethical to use 'legitimatized' but surely 'legitimated' would be better?) Presumably now that Eater.com has its own professional critics it will be raised above 'the digital free-for-all'. Going into the professional reviewing business is a big step for a site whose original manifesto was restaurant news and gossip, they now claim to be providing a public service by filling the gap left because traditional print media continues to place less emphasis on traditional reviews - slashing budgets and sacking reviewers.

Sietsema himself was a victim of these cut backs, having been the restaurant critic of The Village Voice, published weekly in New York, until May 2013 when he was sacked and then joined Eater. (You can read more about Sietsema and his career in The New York Times, at Eater.com and at the Huffington Post ).
The idea that Eater.com is becoming mainstream and that digital media is becoming more and more like the traditional media it was meant to replace prompted this piece from Amateur Gourmet which laments the loss of the 'looseness and scruffiness' which made blogs so appealing in the first place. And Adam should know because he has been blogging for 10 years, although there is nothing amateurish about the review he published of his meal at el Bulli back in 2009 which I still think is the best I've read (and believe me, in the interests of research, I've read many).

And both of the above prompted Phil Lees to  post this graphic which only confirms that the Internet is indeed littered with deserted food sites and abandoned food blogs.

Posted by Alison at 6:20 PM No comments:

Anyone who starts a web site or a blog presumably does so with the intention of persevering. Sadly it seems the enthusiasm eventually wains. Many of the blogs I have been following have been abandoned and usually one assumes for good reason. In some cases a hobby has turned into a job, and very few people who are paid to write want to spend their spare time writing for nothing. In some cases life has just taken over so that there is no time either to research or to write. The blogs I am interested  in cover a wide range of interests including some which concentrate on restaurant reviews. Maintaining these review blogs involves a good amount of time spent eating at a not inconsiderable personal expense so it isn't hard to understand why these enterprises might stall. And if, as in my case, writing is a slow process then writing anything more than one thing at a time is pretty much impossible, so that any other writing commitments mean that blogging has to take a back seat. Anyway that's my excuse.

And of course many people have just moved on to some other means of communication - Twitter or Instagram or both, or are so busy keeping up with these and maintaining a presence on Facebook and Snapchatting that writing any more than a few sentences is out of the question. Whilst it's easy enough to understand why people move on I wish they would leave some sort of comment on their abandoned blog or web site so that you know what's happened to them. Is it worth checking back from time to time in case they resurface? Have they got a new job, moved somewhere else, given up eating or just become bored and /or lazy? Some sort of final post, even just something along the lines of 'gone fishing', seems only polite if you feel what you have been doing has had any merit or been of interest to your intended audience, whoever they may be.

So, should the day come when this blog ceases, rest assured there will be a post to that effect.
Posted by Alison at 5:35 PM No comments: